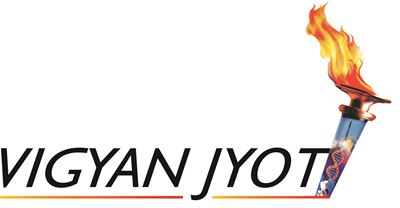 Vigyan Jyot (VJ), the Flame of Knowledge is a novel initiative to popularize science and encourage it as a career amongst the youth thus preparing scientists and innovators of tomorrow. This year, VJ was flagged off in a glittering function from Guru Gobind Singh Indraprastha University, Delhi on 20th December 2019. It arrived University of Agricultural Sciences, Bangalore on 2nd January 2020. The VJ was ceremonially received by Prof. K. S. Rangappa, General President, 107th ISC, Dr. (Mrs.) Vijay Laxmi Saxena, General President Elect 108th ISC, Dr. Ashok Kumar Saxena, Former General President, ISC in the presence of the dignitaries from Host University in a scintillating function.

University of Agricultural Sciences Bangalore, a premier institution of agricultural education and research in the country, began as a small agricultural research farm in 1899 on 30 acres of land at Hebbal, Bengaluru, donated by Her Excellency Maharani Kempa Nanjammanni Vani Vilasa Sannidhiyavaru, the Regent of Mysore. This developed into a Residential School in 1913 at Hebbal which offered "Licentiate in Agriculture" and diploma in agriculture from1920; this School was upgraded to Agriculture College in 1946 which offering a degree programs in Agriculture.

Vigyan Jyot - Flame of Knowledge was conceived on the lines of the Olympic flame. It is a movement dedicated to nurturing scientific temper in the society, especially the youth.